Information literacy for UJ students. Start with "1 Why Information Literacy" and end with "9 Writing & Referencing"

This video differentiates between the use of facts versus opinions. 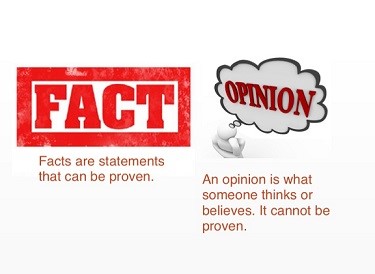 Facts can be checked and backed up with evidence. For example in 2010 Lionel Messi was named FIFA's footballer of the year. These facts can be verified by looking into FIFA's records.

An opinion is based on personal beliefs or views and is not based on evidence that can be verified.

STEP 2: Difference between facts and opinions